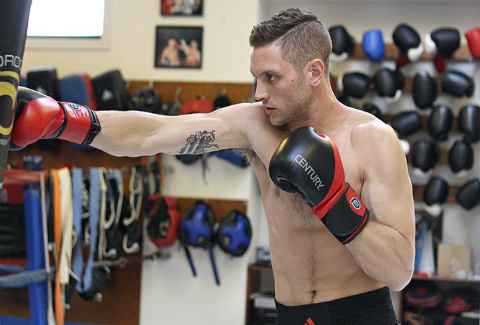 Our head boxing coach certified under BC boxing association, Ross comes from a long lineage, working with numerous boxing experts, including his formal boxing trainer Don Arnott. Don is one of the very few people to receive instruction in Boxing Coaching from one of the Greatest Boxing Coaches of all Time, Boxing Hall of Fame Legend Eddie Futch, trainer of 21 Professional Boxing World Champions. Don became one of Eddie Futche’s assistant coaches and good friend. They trained, Pro Boxing Canadian Heavyweight Champion Shane “Kid Thunder” Sutcliffe and trained with many world champions at their training camps. These training techniques have been passed down to Ross during his years of training and fighting under Don Arnott. Ross’s enormous amount of knowledge and experience has allowed him to formulate his own true boxing systems that produces results. As a fighter Ross’s main discipline is boxing although he has competed in kickboxing and mma with a combined record of 11 wins 2 losses. A silver gloves and golden gloves champion he has won a BC middle weigt title in boxing and a provincial title in MMA as well. We are very fortunate to have this new bread of talent at VMA.